16,000 Steps with Special Friends in Paris

In the early summer of 2014, Charles and Judy Gattis stayed with us in our apartment… a tiny, inconvenient second bedroom and bath (with no electricity). What fun we had, what memories we crafted. Never a complaint from them, only gratitude. Yesterday, they were ending a 12-day Rhône river cruise in Paris, and we linked forces again to enjoy a busy day. Just to put this in perspective, I have known Charles and Judy for fifty years when we started our adult lives together in Atlanta, Georgia at Emory’s Candler School of Theology, a long story I won’t reflect upon here.

Rain was in the forecast, but we never got a drop until we were almost finished with dinner at 8:30. Just a fantastic day with lots of walking and picture taking. They had selected a few places they didn’t get to see before such as the Pantheon, but mainly they just wanted to visit with us spontaneously and eat dinner at a new restaurant for them. We chose Le Bourguignon du Marais. It was the best meal and best service we’ve ever had there. How nice. Enjoy the pictures!!

I apologize ahead of your viewing that some of the photos are out of order. I was merging multiple cameras and the Word Press program I use to post the blog has a field day with that, despite all of my efforts! 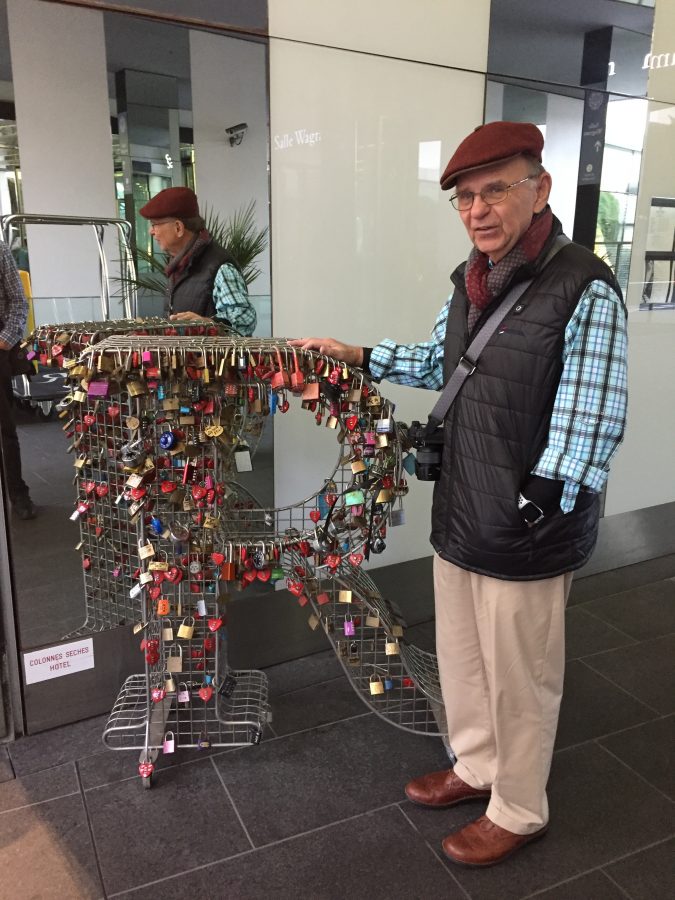 Charles appearing very French at their hotel Renaissance with the darn love locks which seem to appear everywhere! 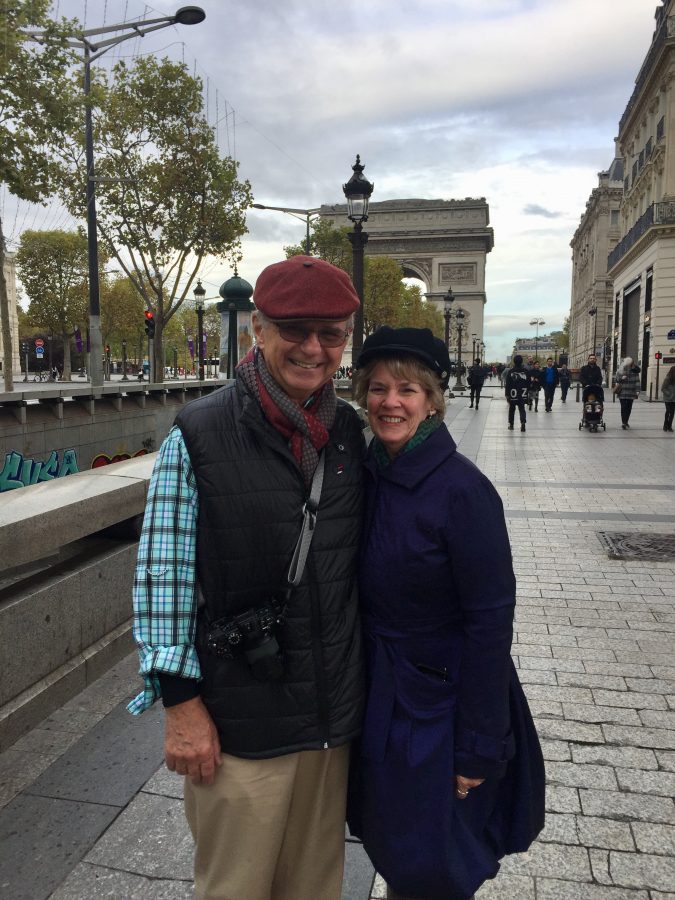 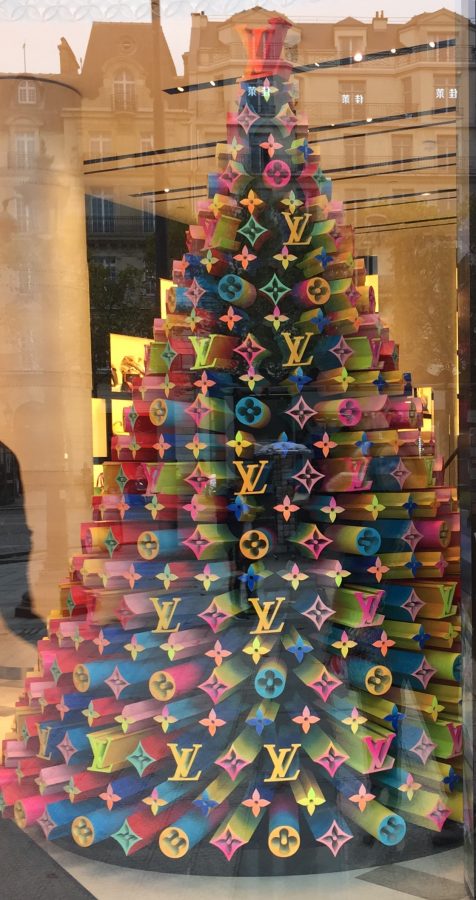 Tried to get into the Louis Vuitton store but the line was already long before it even opened so we took this interesting Christmas tree window shot instead. 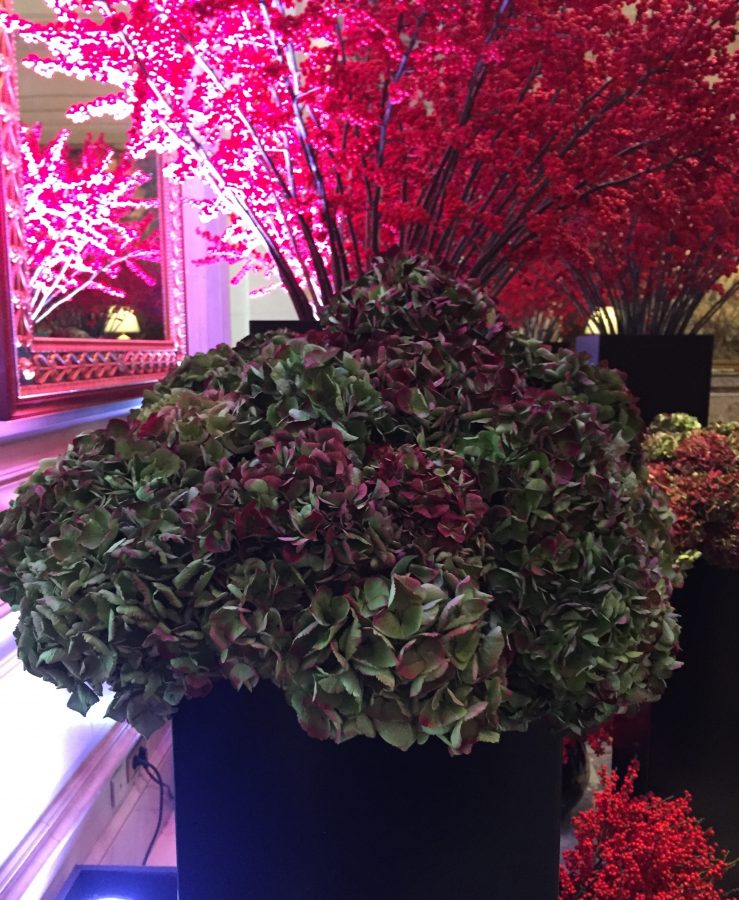 Checked out the George Cinq hotel lobby and the flowers have changed again, presumably for the start of the Christmas season. 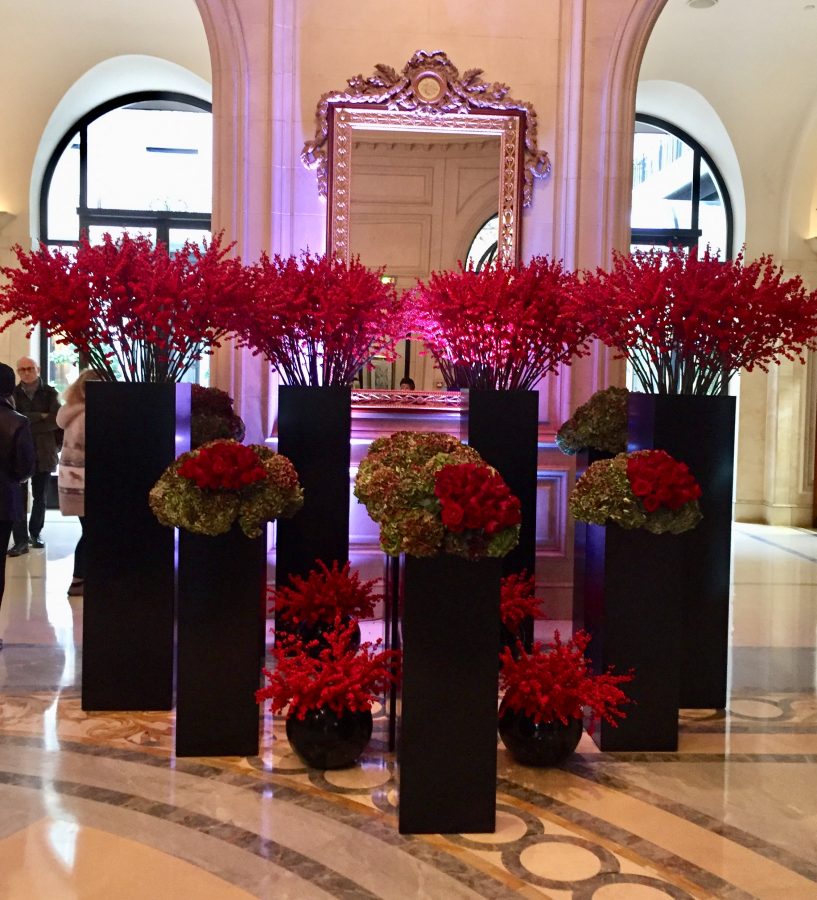 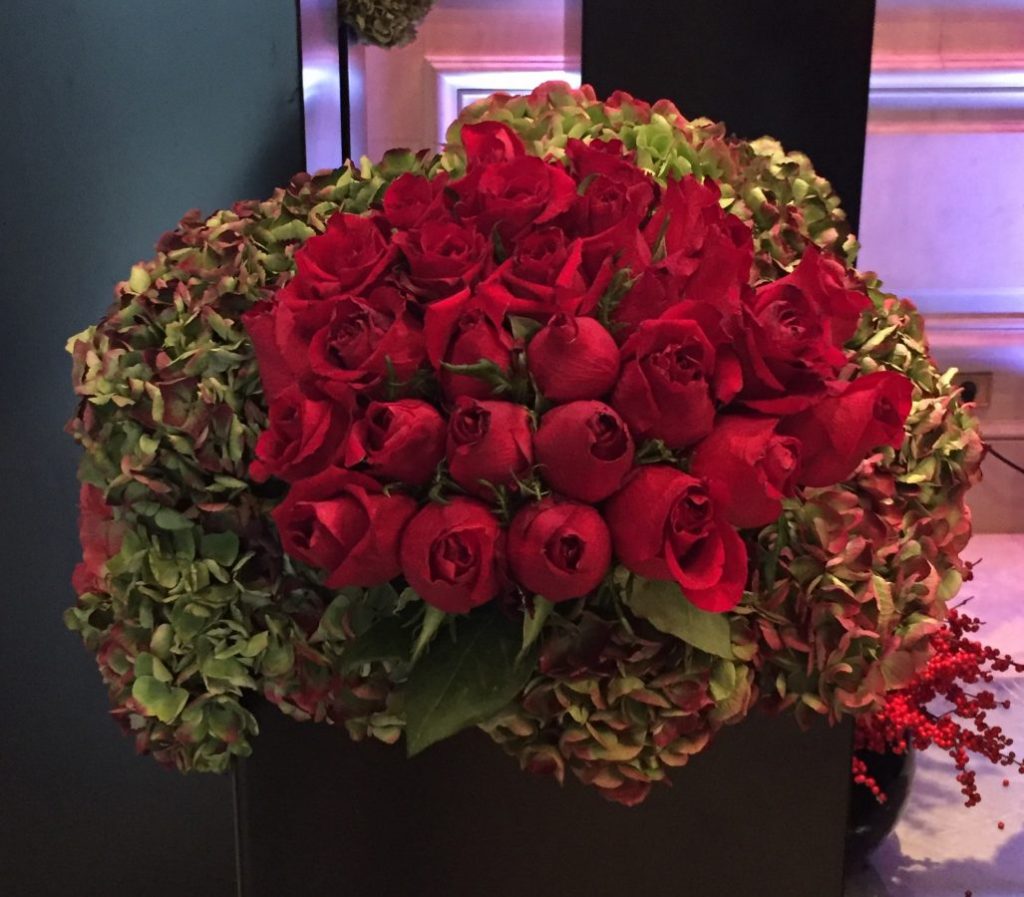 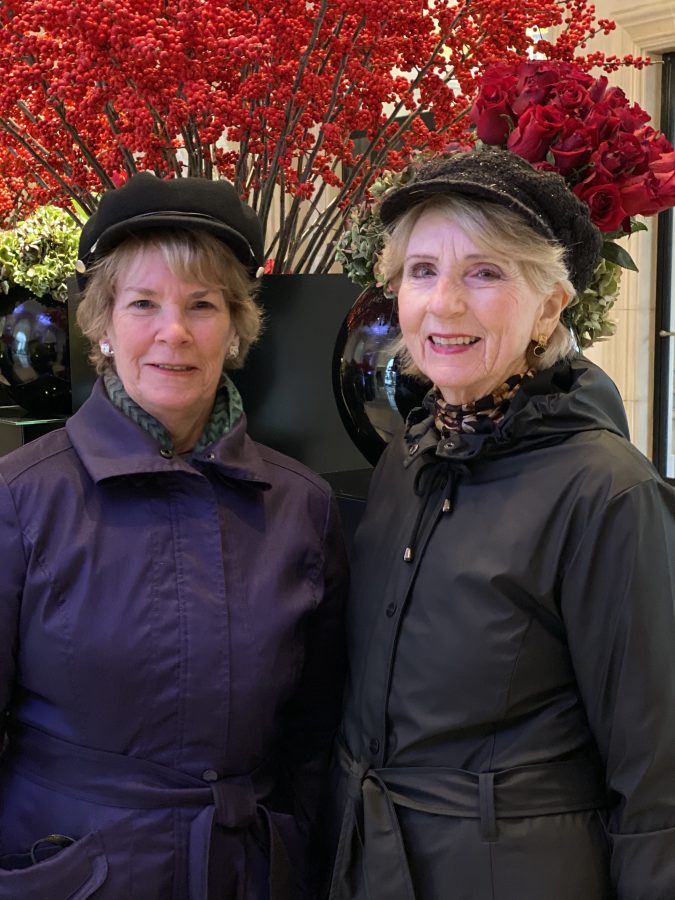 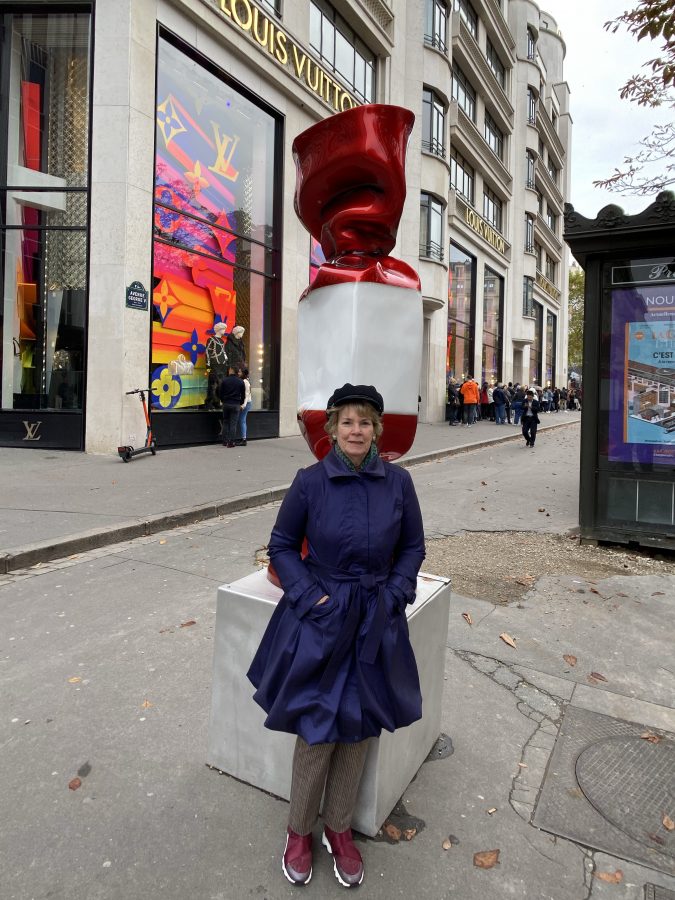 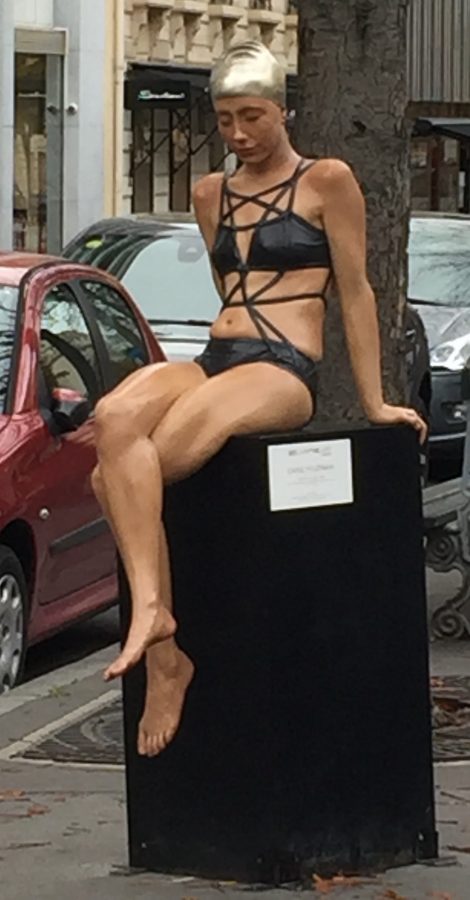 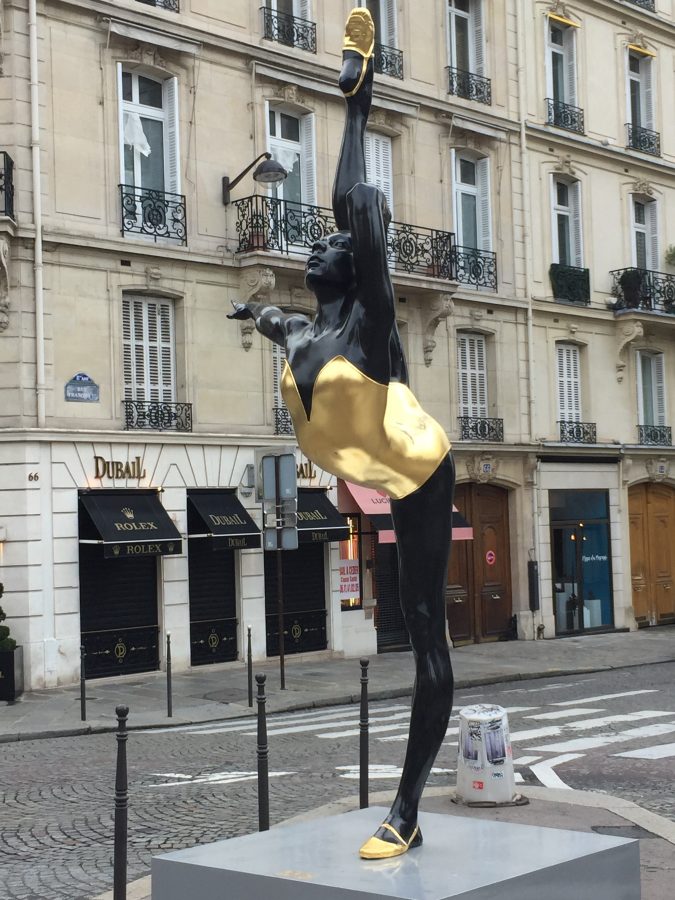 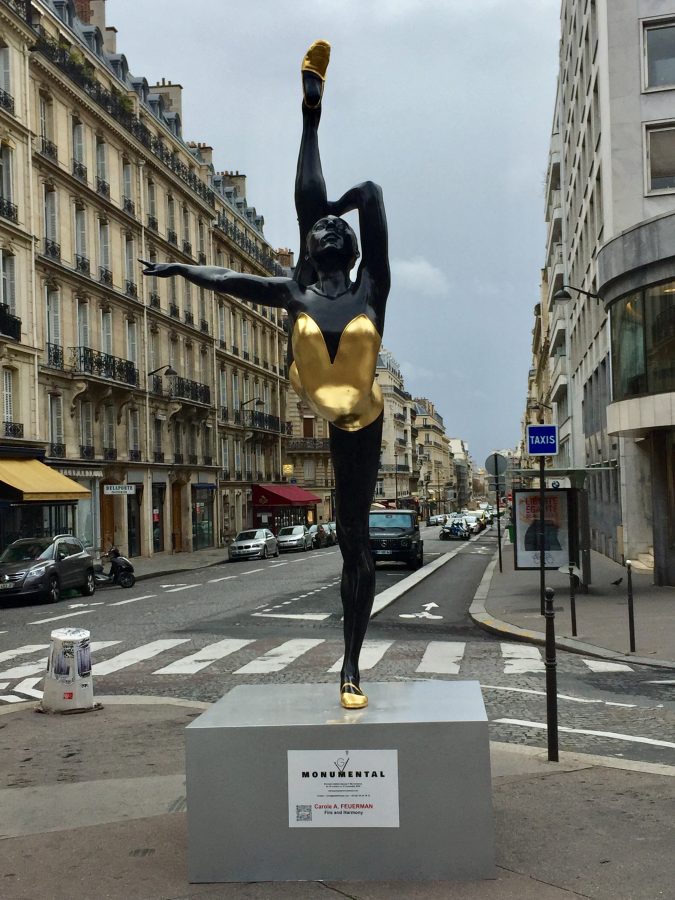 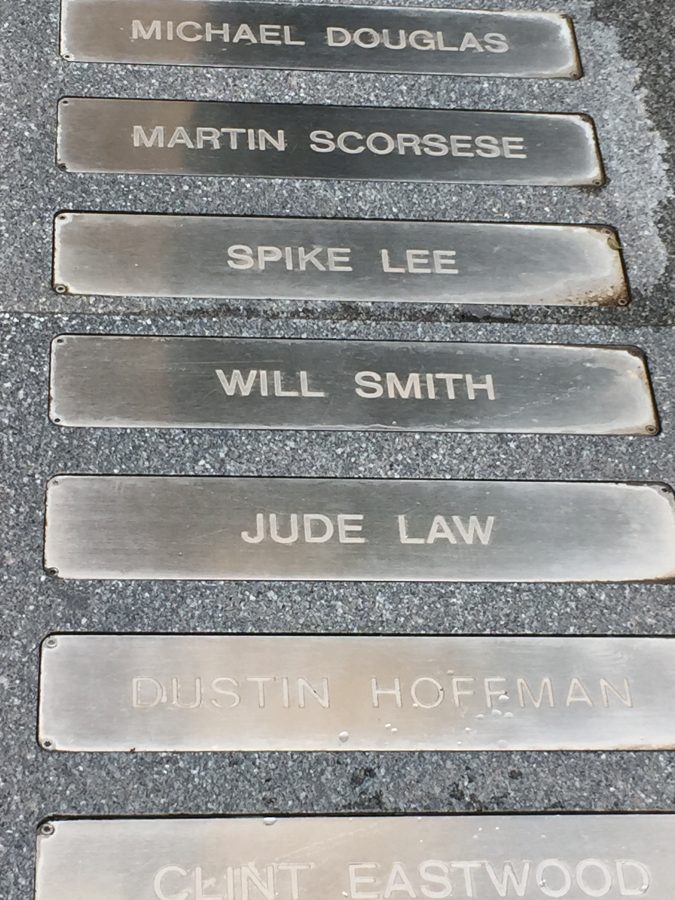 The famous folks who have stayed at Fouquet’s hotel behind the restaurant. Geez, our names are somehow missing.

Door knocker at the Apple Store on the Champs 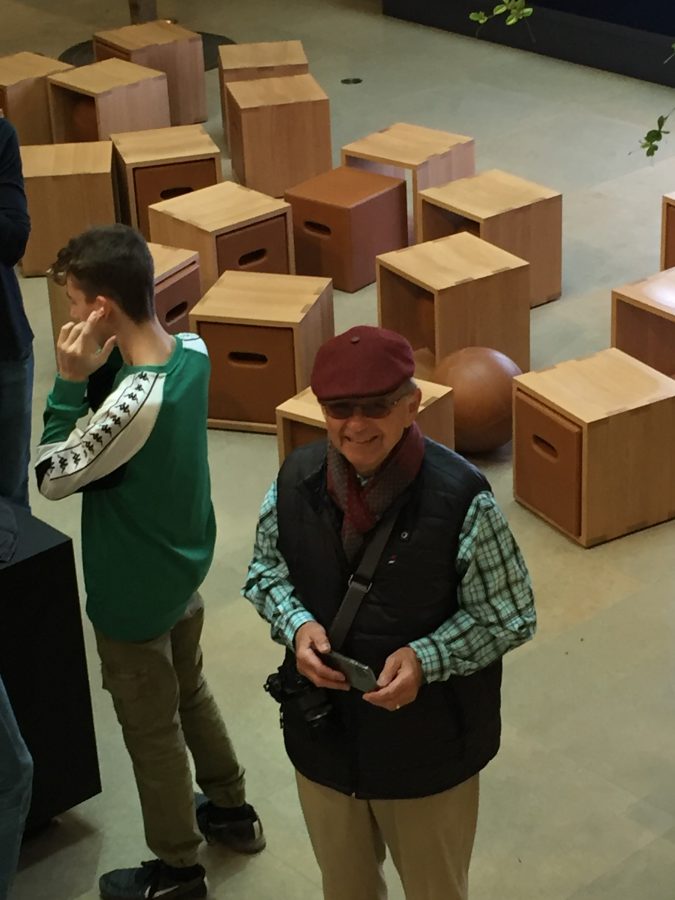 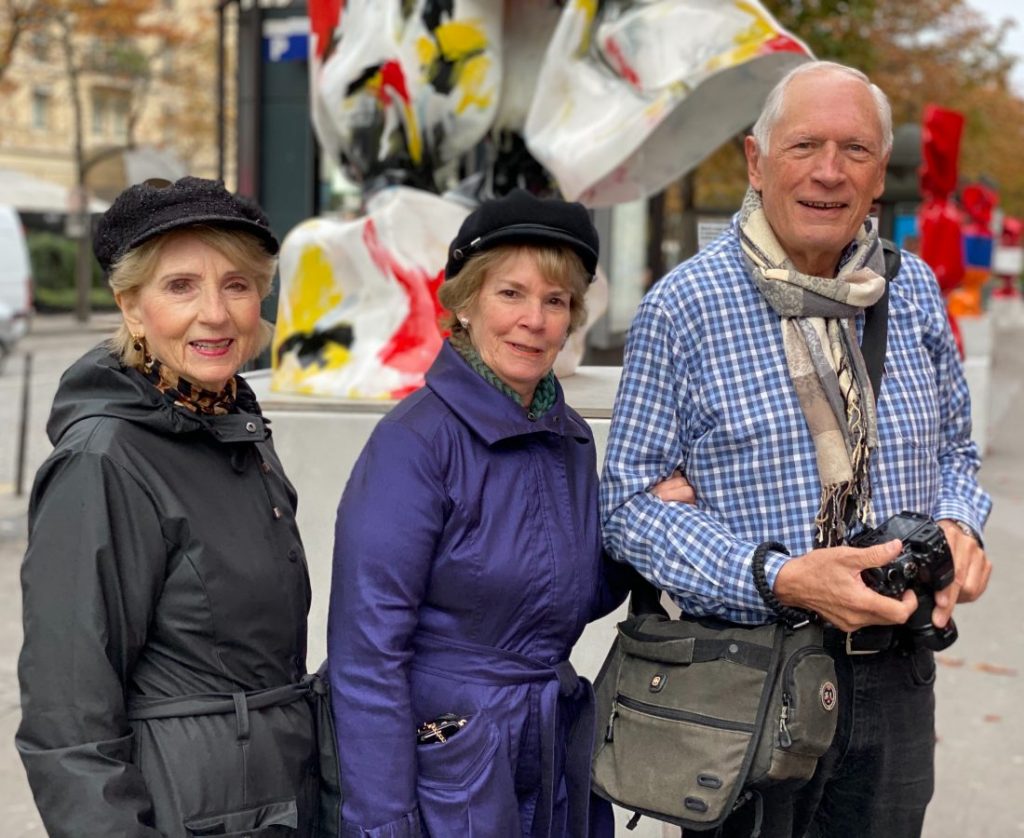 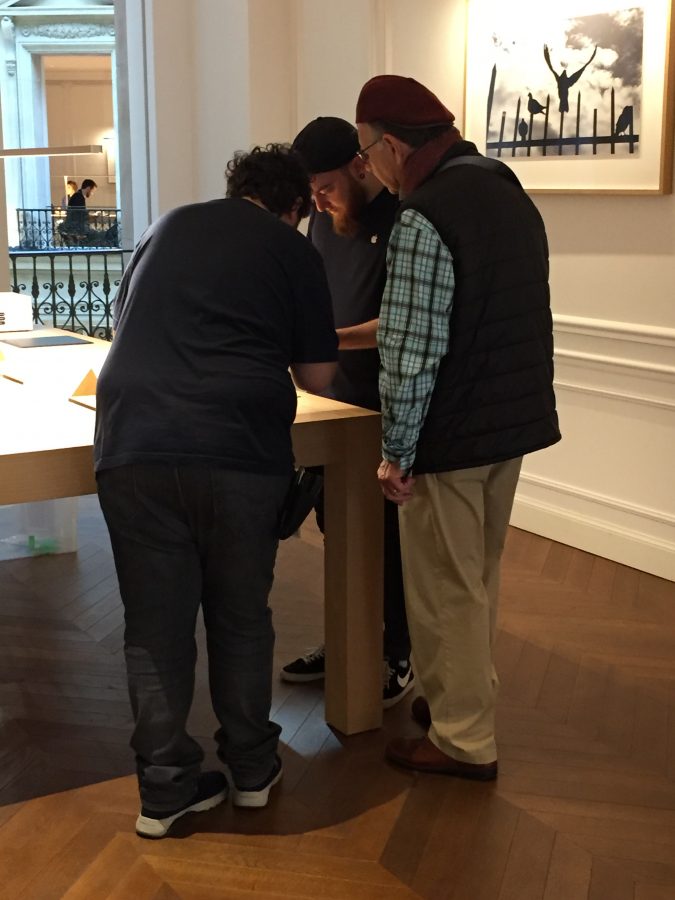 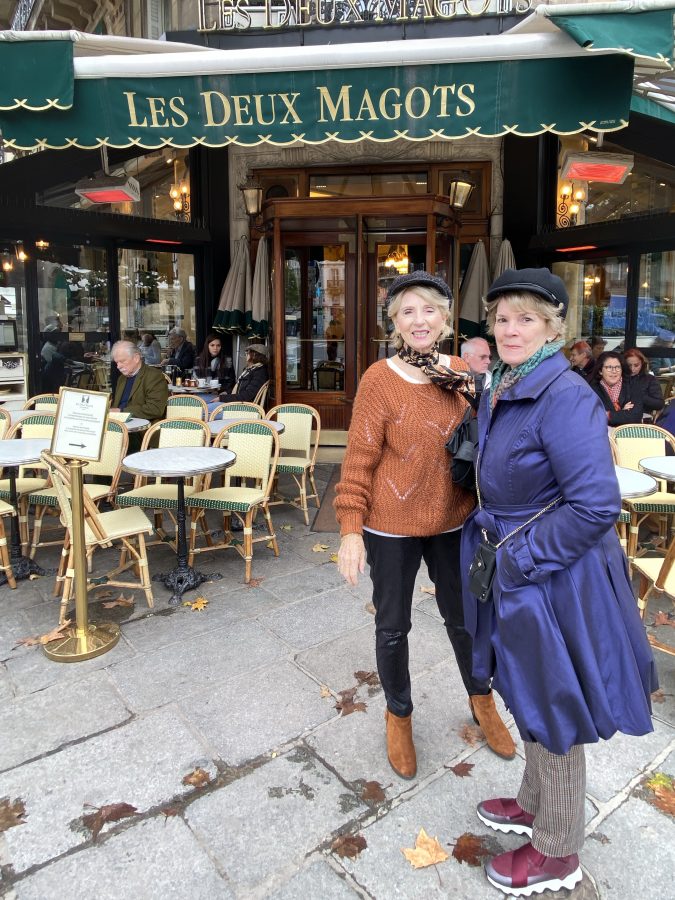 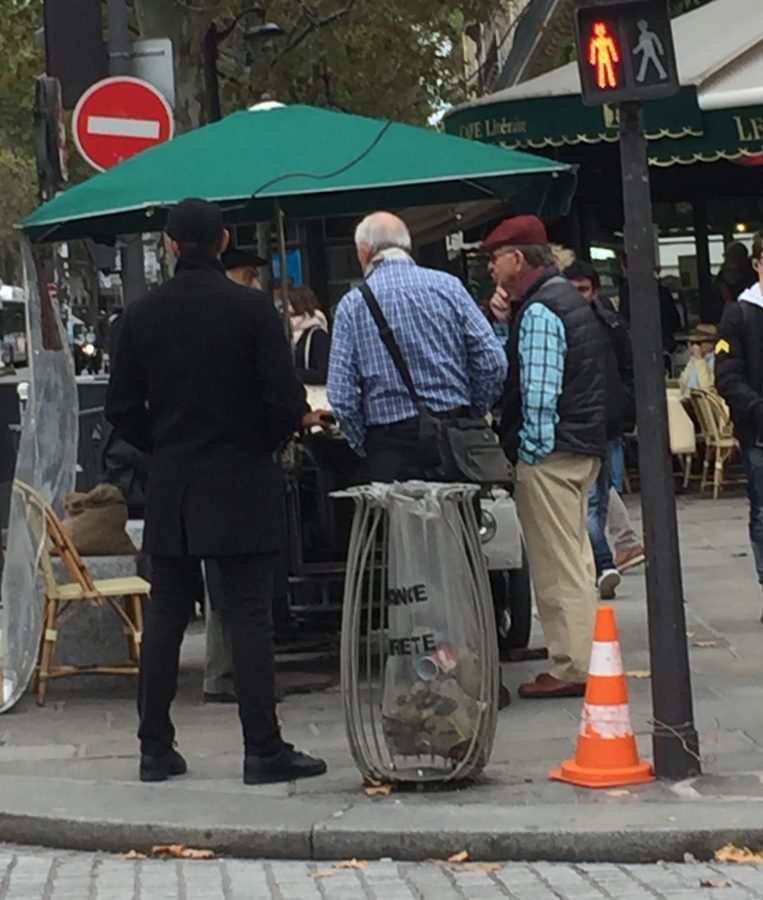 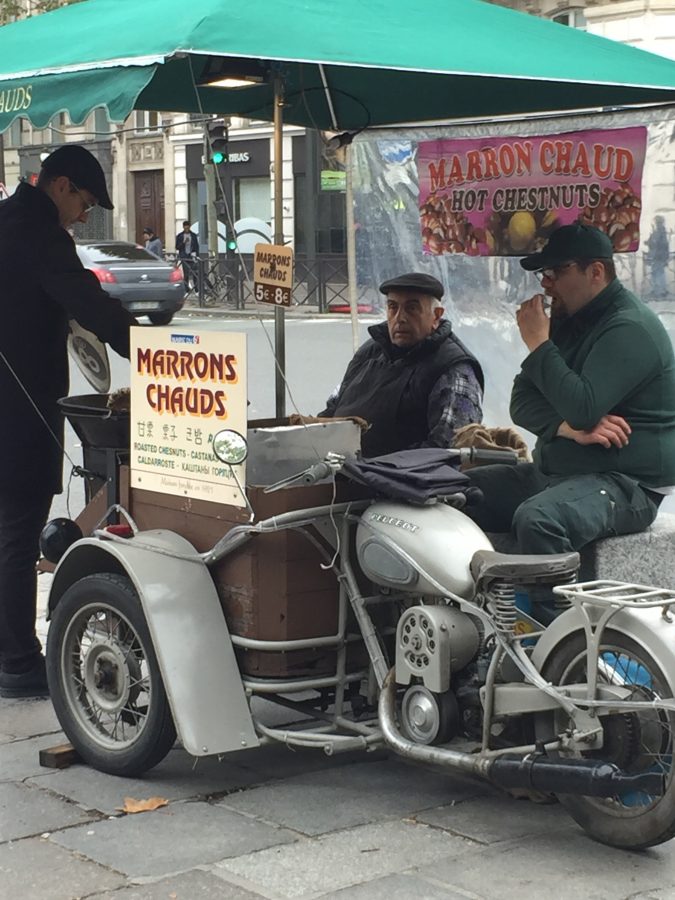 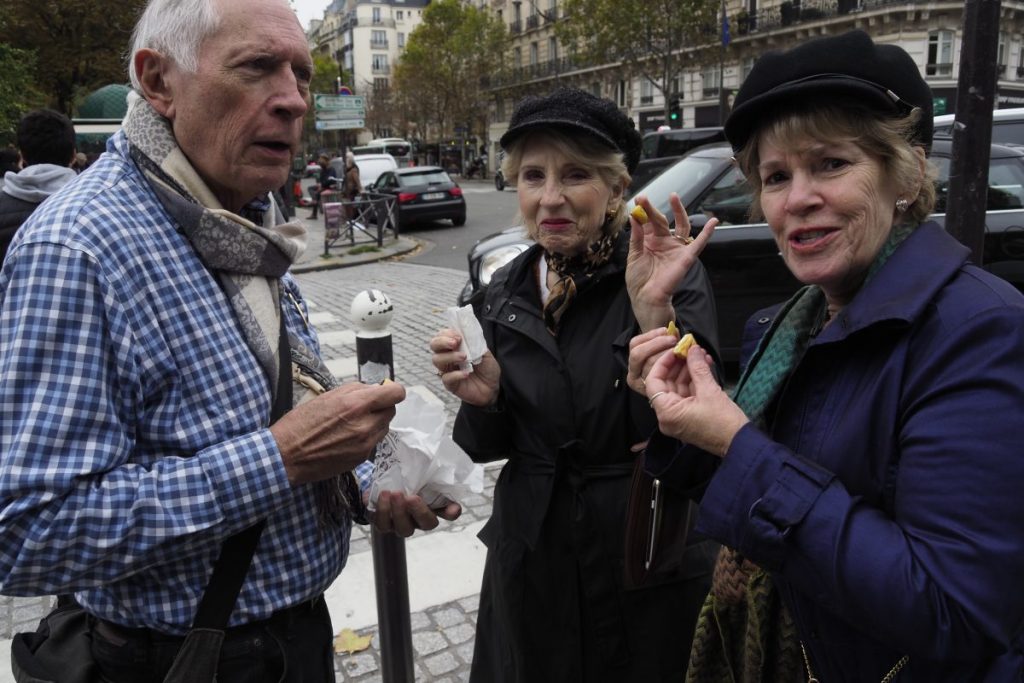 Eating roasted chestnuts on the corner which Charles didn’t like! Fun interaction with the Italian guy who was doing the roasting. He told us his family had been doing this for three generations. 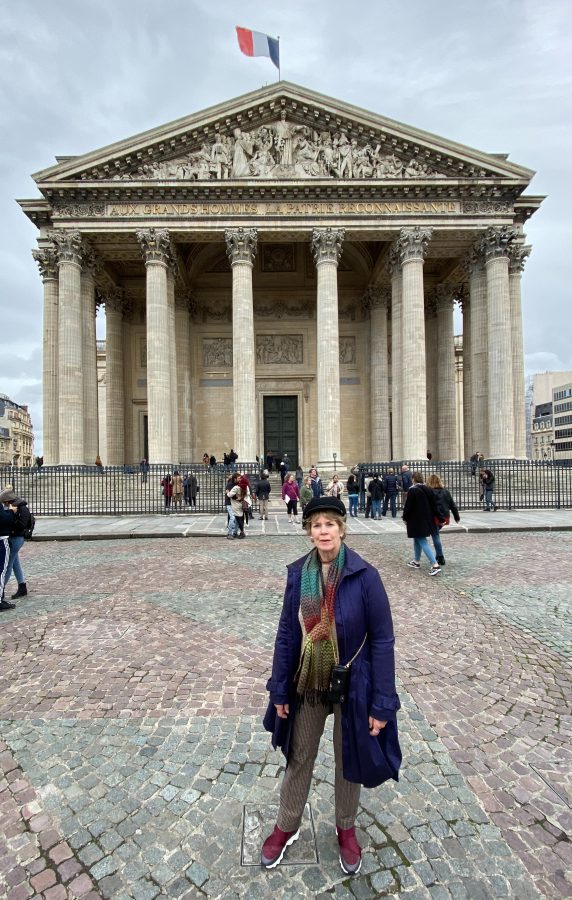 Judy in front of the Pantheon 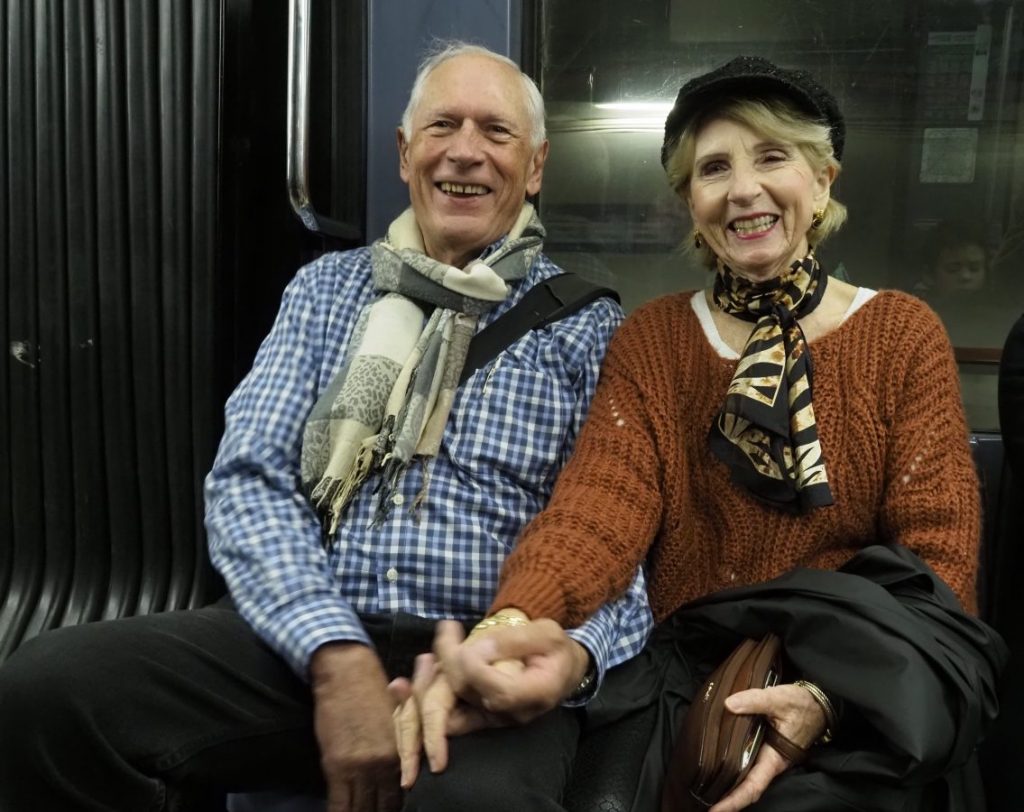 Charles caught us holding hands on the subway 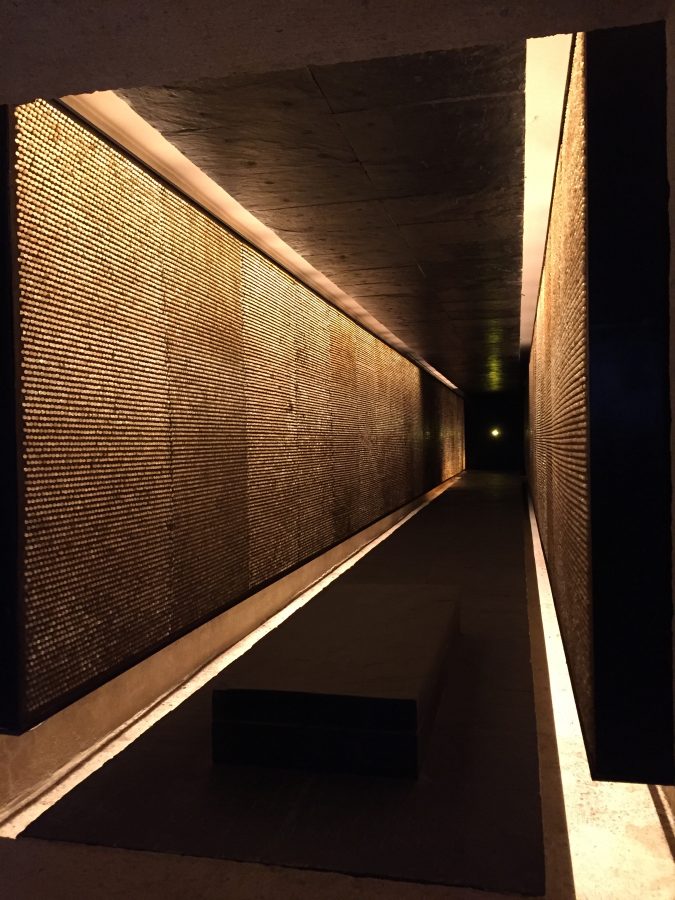 On Ile St. Louis, we stopped for a moment at the Memorial to the 200,000 people deported by the Germans in WWII from Paris. Each light represents one of the victims with a shining light at the end of the long tunnel. Most were Jews but not all. It’s a very moving spot and quoting Charles “almost too sad for words.” 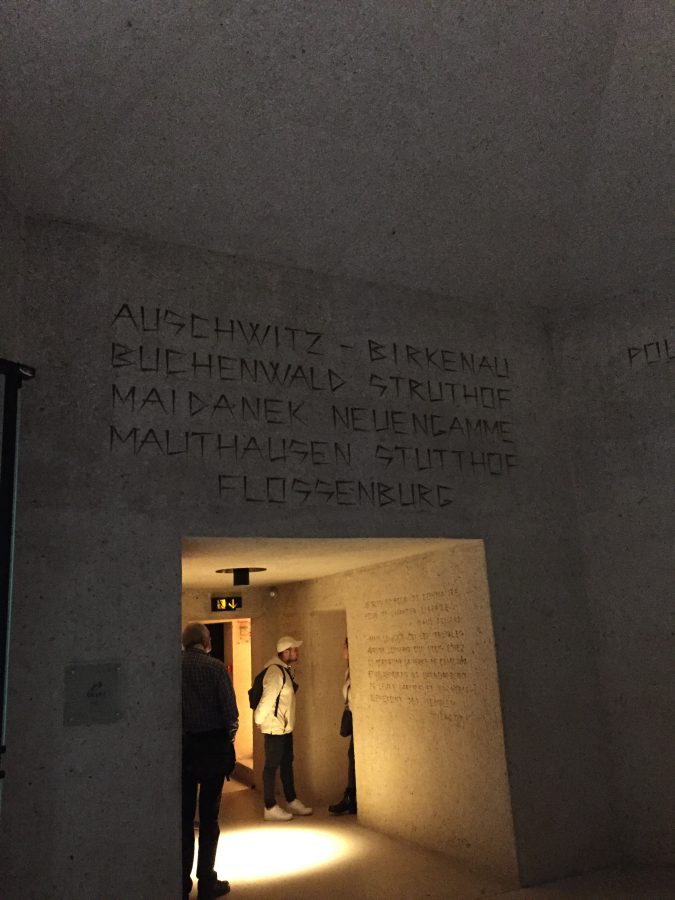 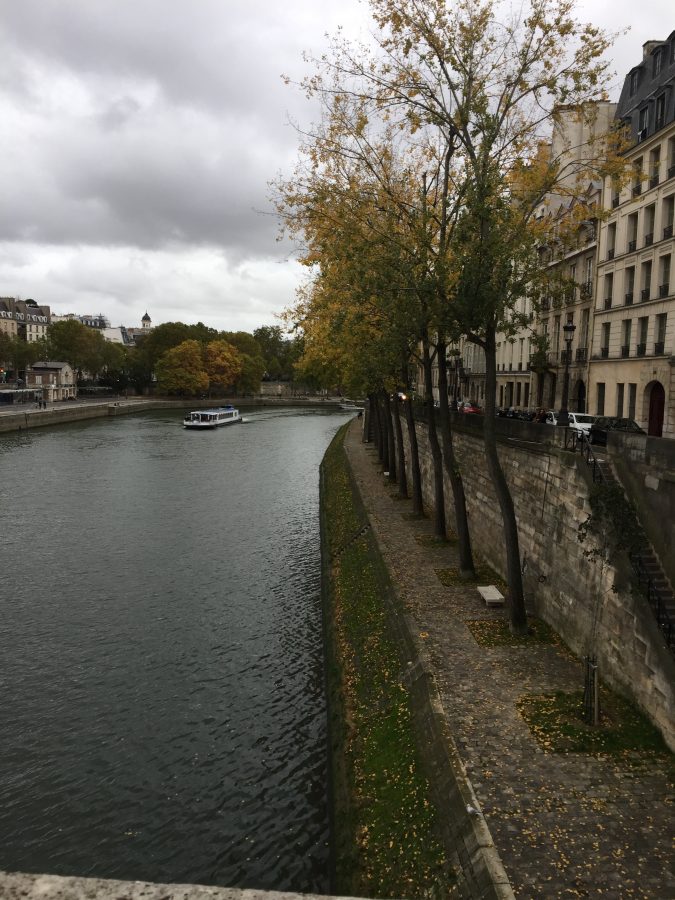 Some color along the river 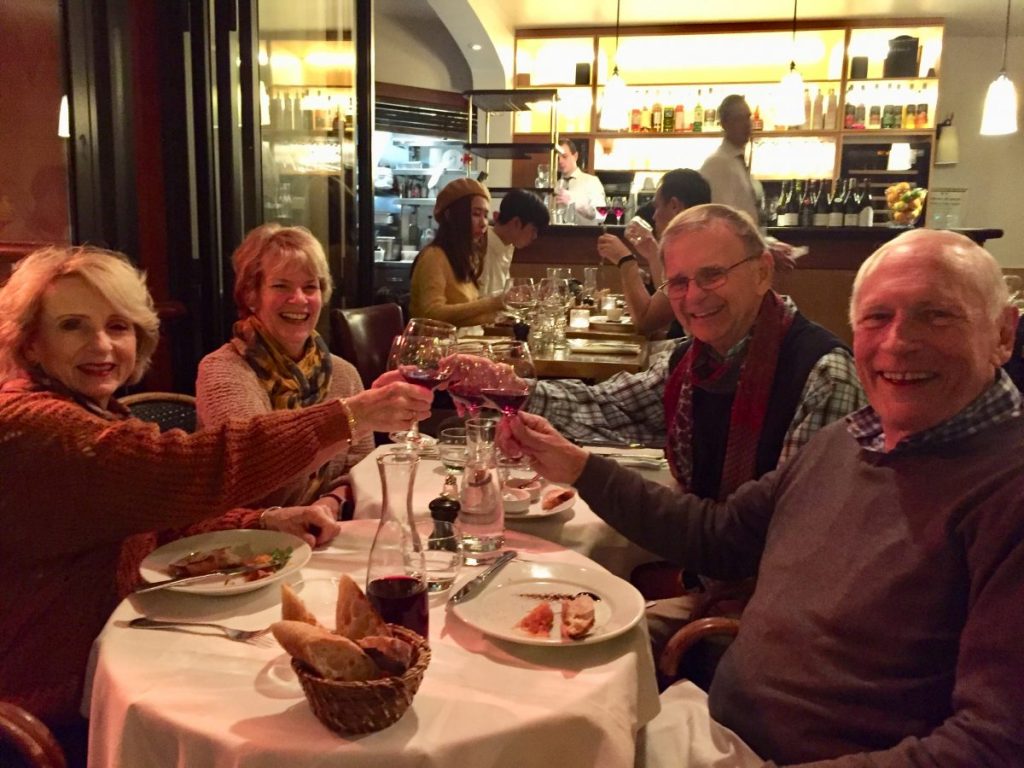 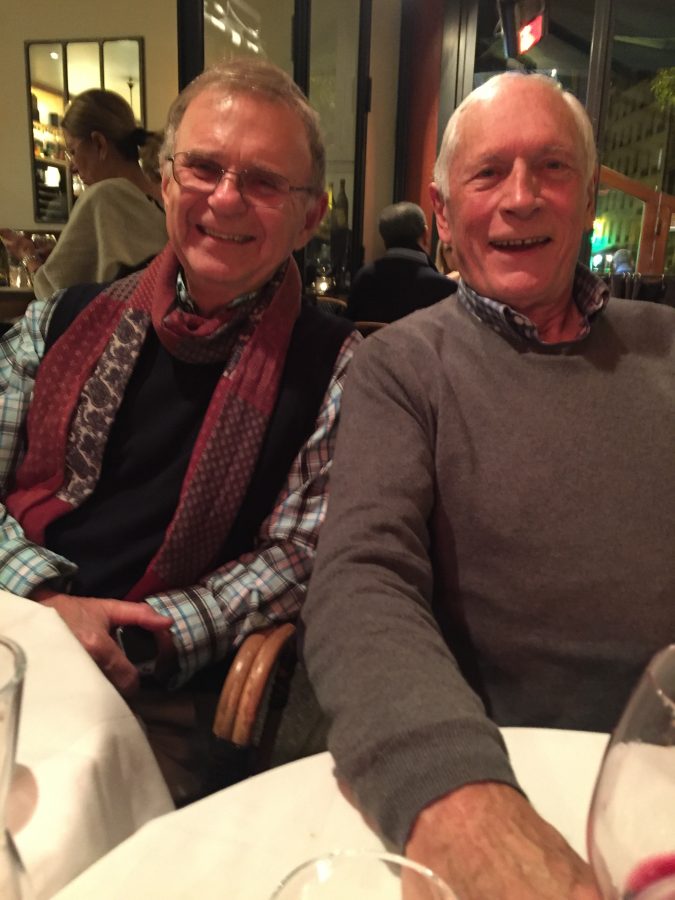 The guys at dinner

Judy caught the only light photo early in the morning from their hotel room. Seems like the sun has gone to sleep. 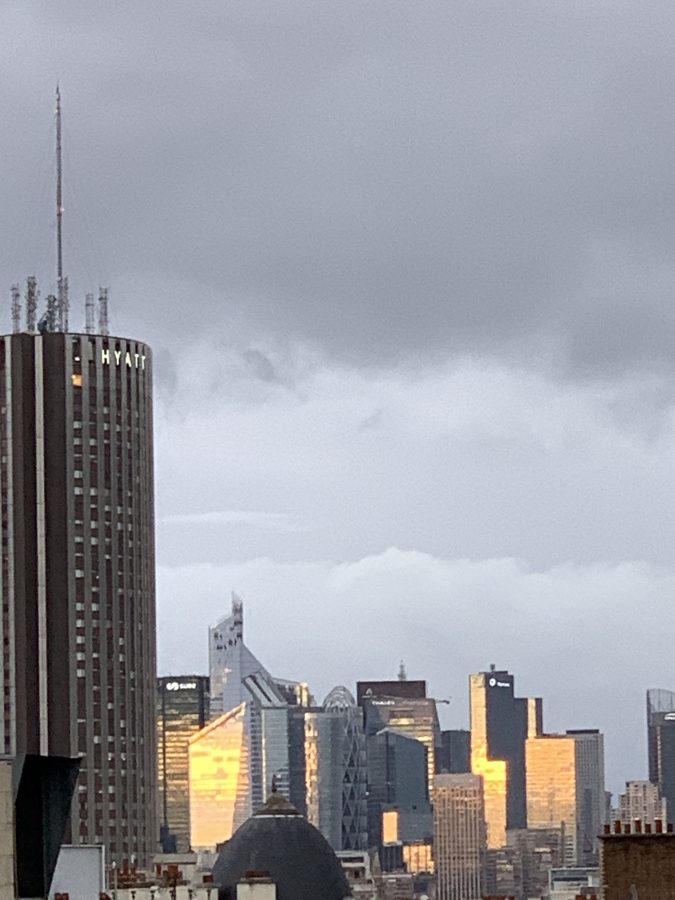 Paris is really about friends, both new and old. Yesterday was a glorious renewal. We wish Charles and Judy Bon Voyage!

Tweet
« All Saints Day in Paris » Oh, the Irony of our Blog Light Theme in Paris