A Gorgeous Day at Parc de la Villette in Paris 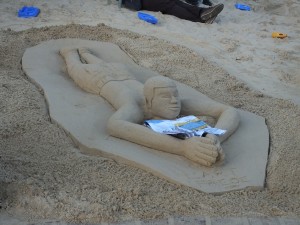 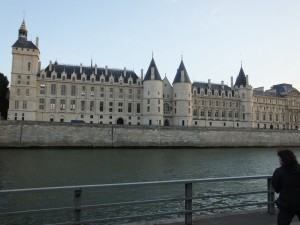 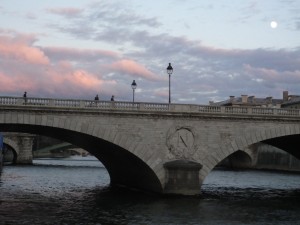 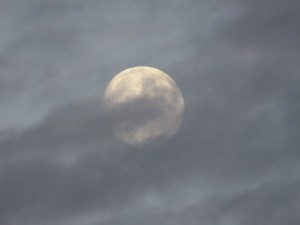 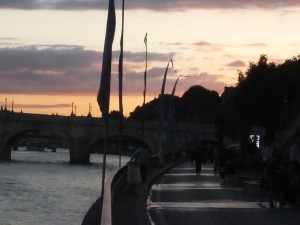 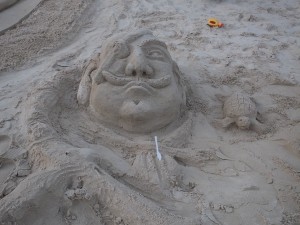 Now to today!  Parisians love the Canal St. Martin and it’s something we haven’t seen or done in all of our years in Paris.  And we hadn’t been to the Parc but once about six years ago. We saw totally new areas for us today as well as the most unusual, brand new Paris symphony hall which is located on the edge of the park.  You can decide if you like it!  It opened before it was finished much to the architect’s dismay.  It appears to already have some structural problems and the maintenance will be difficult and expensive.  It’s very artsy-fartsy, much like the new opera house at the Bastille.  Enjoy first the pictures of the beach along the Canal. 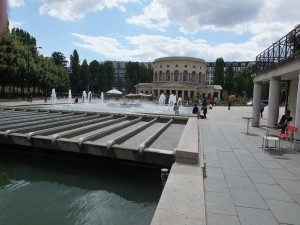 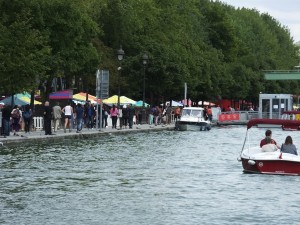 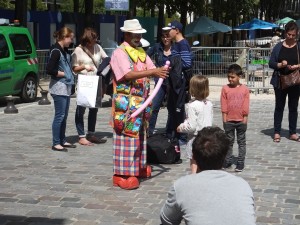 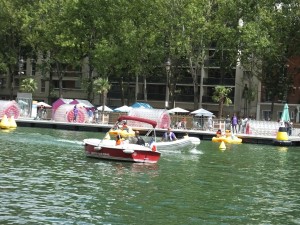 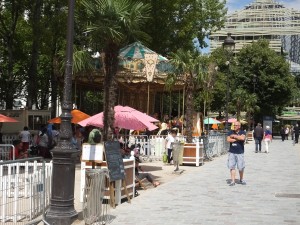 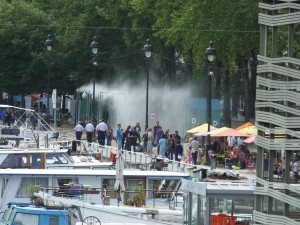 There is a cruise which goes the full length of the canal and we had a great vantage point for watching the draw bridge. 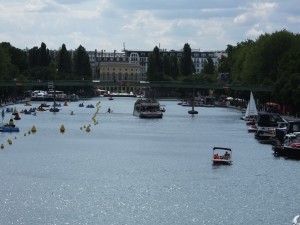 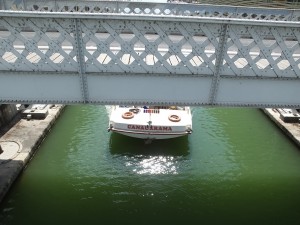 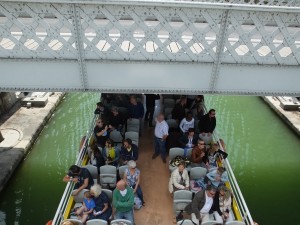 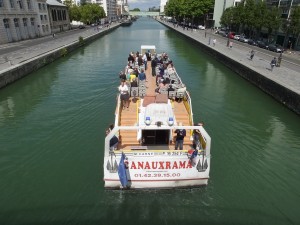 Here are other areas of this massive park. 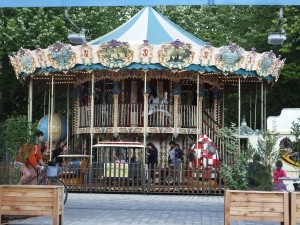 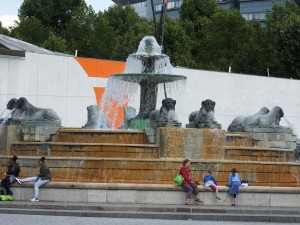 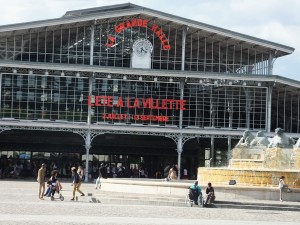 One of the extraordinary differences this year over other years is the extreme paranoia over picture-taking of people.  We were stopped several times today and warned by security not to take pictures along the beach.  There was all kind of fun stuff going on including a zip line, beach side table hockey, boules, and huge bubble boats that rocked and rolled.  All would have made for great pics but no dice.

Finally, here’s the new symphony hall.  The general theme on the roof, sides and tile floor is birds in flight. 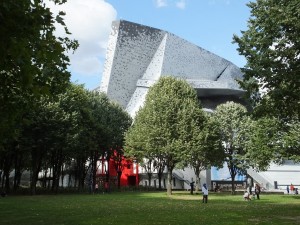 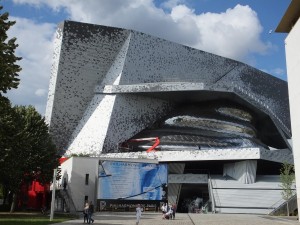 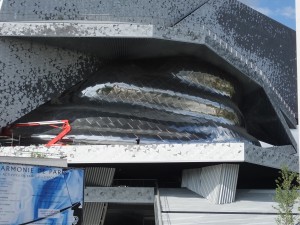 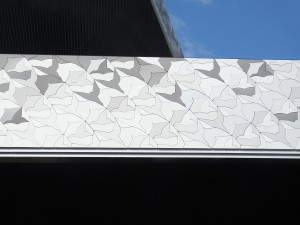 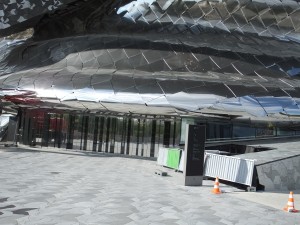 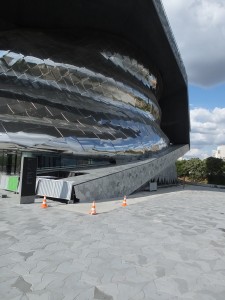 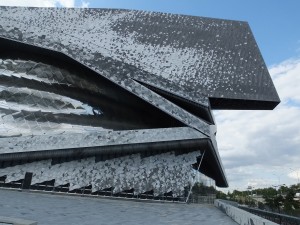 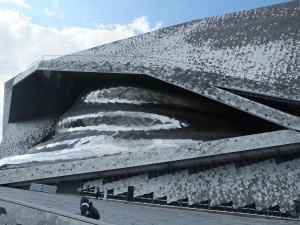 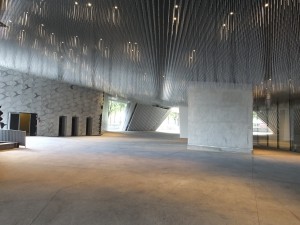 Hope you have a great upcoming weekend.  Tomorrow (Friday) is most likely a trip up to Montmartre, our absolute favorite.