Some days in Paris are like days at home, rather mundane and ordinary, especially when temps begin to soar as they did yesterday. Looks like the heat will be with us today with 93 the predicted high. Maybe that doesn’t sound so bad, but consider no air-conditioning; and the heat takes on an entirely different personality!

Yesterday, we had piles of laundry which consumed the morning, and I was past due for a haircut. That’s always a scary proposition, but it was met with total success, and I think I can make it until we return. We had need of a printer and scanner for some business that we had to tend to, and our friend Richard Nahem was kind enough to give Bernie help with that as I did the laundry. As a thank-you, we took Richard to lunch at a new restaurant to us called L’Alivi which is Corsican. It was quite nice, and we enjoyed a shady patio and good conversation.

In the mid-afternoon, I did a little browsing around the wonderful streets in our area and spotted a few items which may lure me back in today. For dinner, we tried a Mexican place on Francois Miron called La Perla. I think it’s better known for its Happy Hour than the food. We had some interesting tacos, chips and salsa (of a sort) and a very inexpensive tab. The food was trés spicy, so we probably won’t go back.

After dinner, we had a dessert and did some quick strolling. It was a gorgeous night under a setting sun. 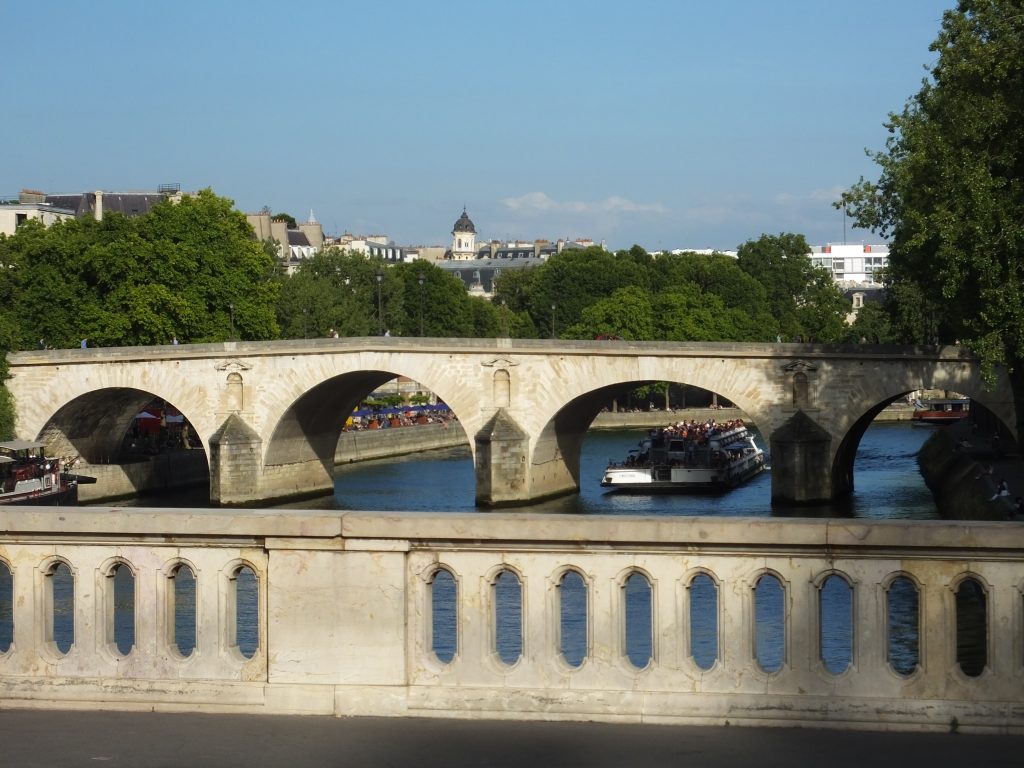 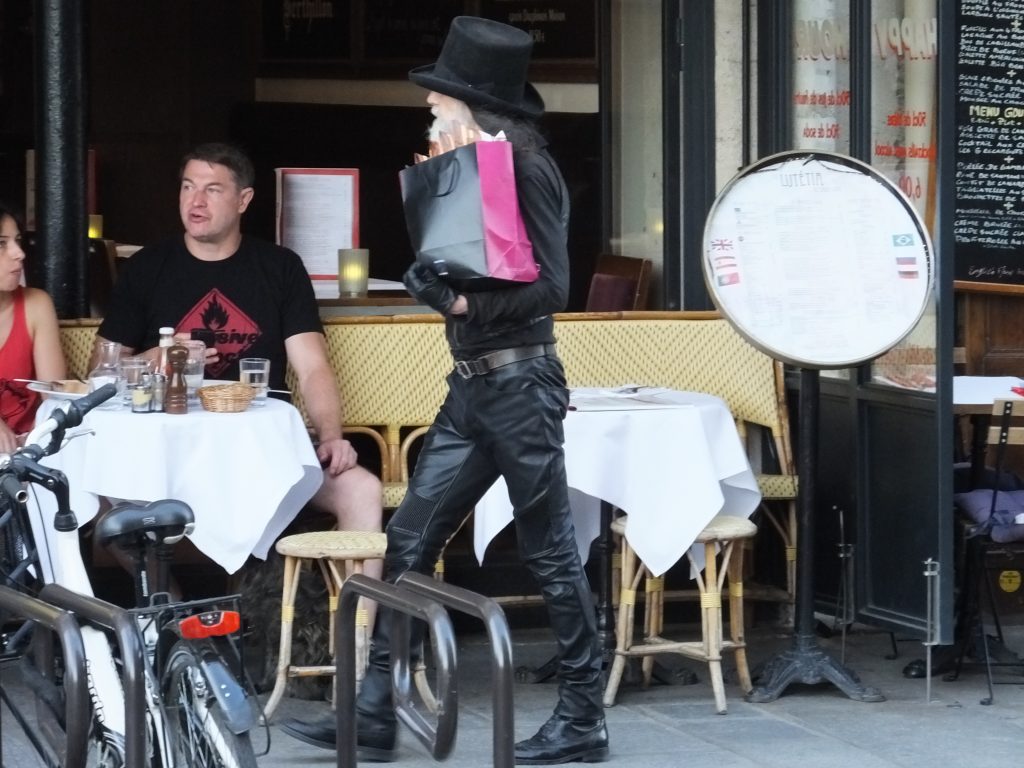 This odd duck was engaged in a dispute with someone on the street. We don’t know what precipitated the yelling. 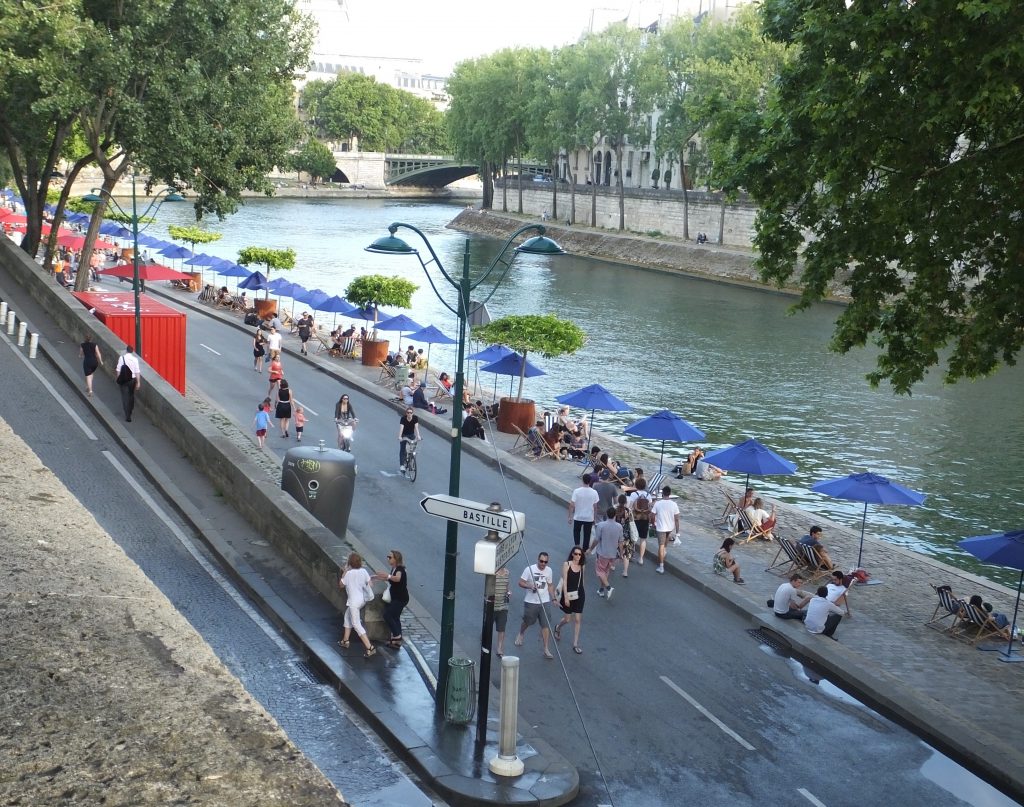 The Paris Plages or Paris beach is due to start on July 20th and this is an early indication. It’s time for a picnic on the river!

The “Purely Paris Photo of the day  is a familiar site in Paris…the beloved dog hanging out the window. Dogs are given high priority everywhere. 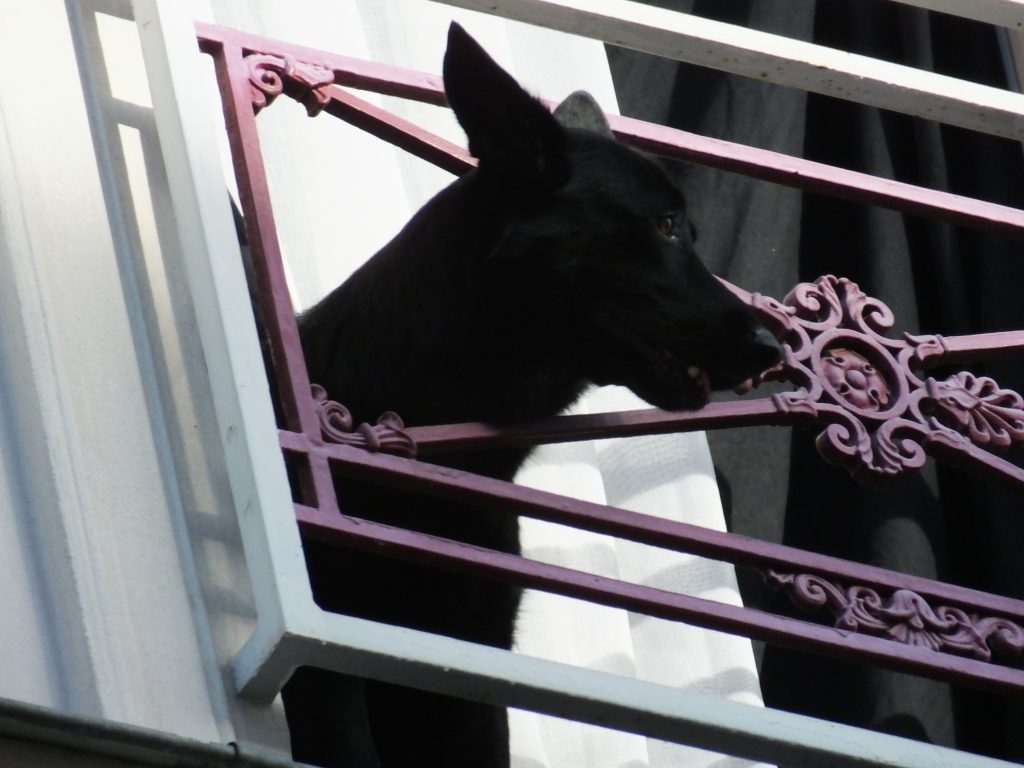 The days are winding down for what has been such a quick visit with  only a week remaining. It’s been such fun to have you along for the ride!

Tweet
« L’Hôtel de Crillon: A Renovated Treasure in Paris » Shopping in Paris and other Delectible Discoveries