Paris is teeming with tourists but locals are preparing to depart for their vacance or vacation.  In a week or two, the local areas throughout the Marais where we are will be noticeably less crowded, and some of the shops will close for most of the month of August. It’s an efficient way to deal with vacation time!  The SOLDES or big summer sales will soon be over but there are still some good bargains to be had.

Today, we joined the Bilbros for an outing to the Parc Bercy.  Bernie and I had been to the Bercy Village several years ago thinking it was a huge outlet mall.  It is not and we came away disappointed.  There are more restaurants than anything and a delightful museum called Musee des Artes Forains containing funfair objects in the Pavillons de Bercy including antique amusement rides, merry-go-rounds, fair stalls, German swings and a famous organ.  It is only open on certain days and by reservation only. 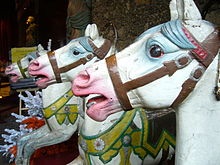 We had walked through this area and the Village but not the HUGE park.  Today, Jim gave us the tour which we enjoyed very much.  It’s on the right bank of the Seine in the 12th arrondissment.  Built in  1994-1997, it is almost 14 hectares making it the tenth largest park in the city.  You will notice in our pictures, the interesting sculptures created by Rachid Khimoune called “Children of the World.”  They were created in 2001 to honor children’s rights.  Unfortunately, they have been marred by graffiti.  There’s a very interesting fountain and a footbridge across the river to the National Library of France.  Unfortunately, we failed to get a picture of the bridge. But you’ll love the turtles! 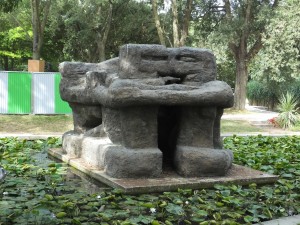 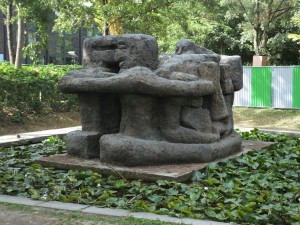 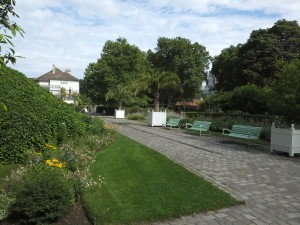 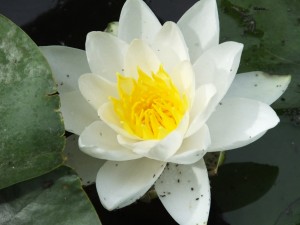 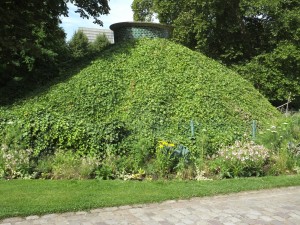 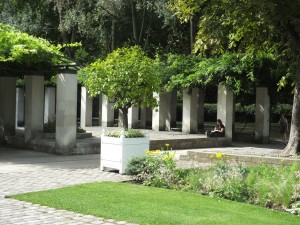 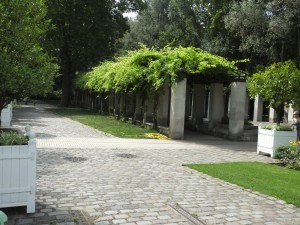 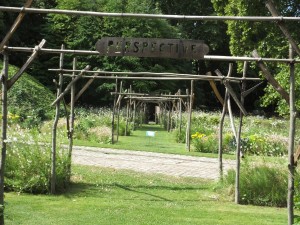 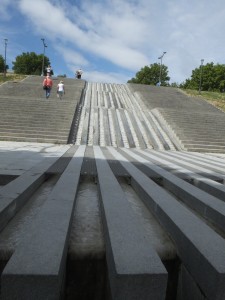 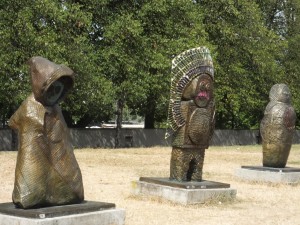 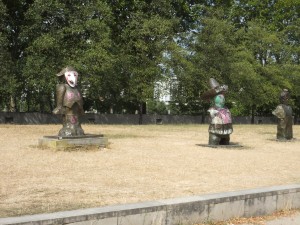 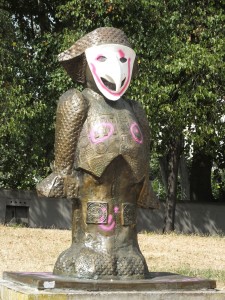 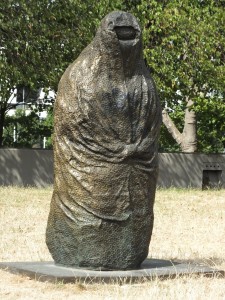 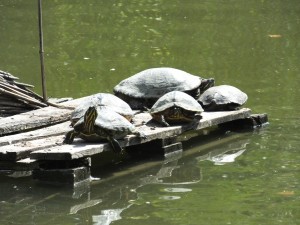 This is definitely a park worth your time to visit!  Lunch was a fun time in an Alsacien restaurant. 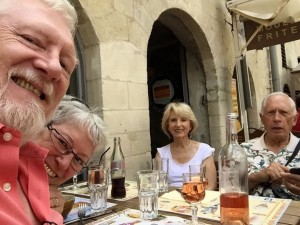 Thanks to Jim Bilbro for the selfie.

Hope everyone is staying cool and having a good weekend.  It’s supposed to rain here in Paris tonight.  We’re not holding our breath.  This final shot of the park is an area where all the leaves have come off the trees like autumn because they are so dry! 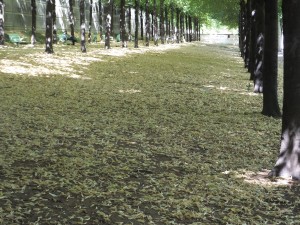