Today was an absolutely gorgeous day in Paris. And a great day to make new discoveries with good friends. First a little background and a funny story followed by some interesting history. Last year, we went to Le Butte Chaumont area at the recommendation of some Parisian friends. We walked around for a good two hours, both scratching our heads as to what the big draw to the area was. We left hot and frustrated. We never found the park, and we never saw anything that held much appeal.

Jim and Peggy Bilbro were our tour guides today back to the area, and we were awed by the beautiful park. We rode the bus as opposed to taking the Metro because it put us in a much better place to enter. The photos will tell some of the story but not all. There has been a massive waterfall cascading through the park and down into a grotto and evenually out into the lake. Today that was all disappointingly dry.  We don’t know if this was due to the lack of rain or to a massive renovation project which may have cut off the water. 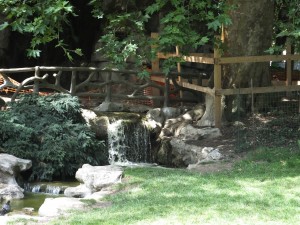 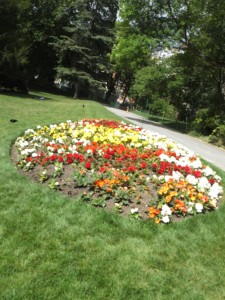 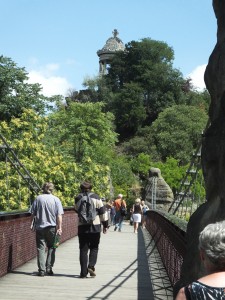 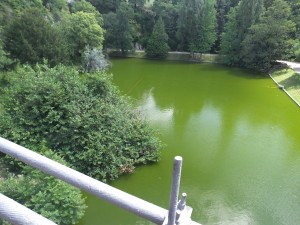 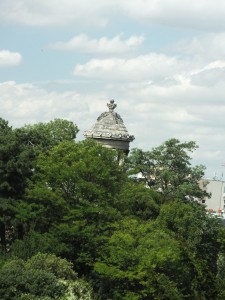 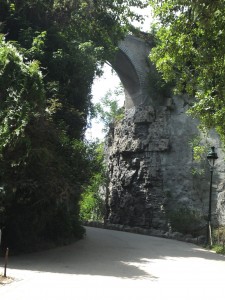 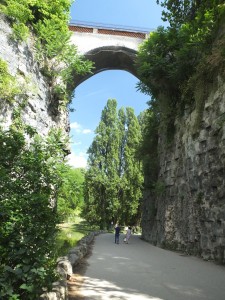 Now that you’ve seen the beautiful pictures, here’s some interesting history. This park was built starting in 1864 under the direction of the Prefet of Paris, Baron Haussmann, and much of what you saw in the pictures is all man-made. What looks like huge natural rock is really formed concrete. The lake is all man-made. The area was a sewage dump for many years and was thought to be creating a health hazard.  Read more about this at https://en.m.wikipedia.org/wiki/Parc_des_Buttes_Chaumont.

Our day was made more interesting by eating at the restaurant inside the park. Though the food was delicious and delightful in its presentation, the service was a bit frustrating taking us a full three hours which even for Paris is a LONG time.  We were seated at noon and left at 3pm!  However, we decided to relax and enjoy both the beautiful day and the company. 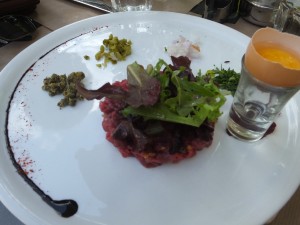 Bernie’s steak tartar with all the fresh herbs and a raw egg ready to be mixed together. It also had hazel nuts in it! One of the best he’s ever had. 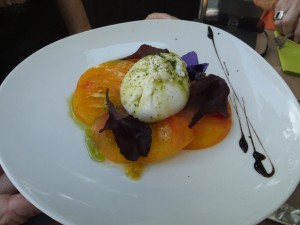 The Paris Plages is set to open tomorrow and here is a preview of things to come. 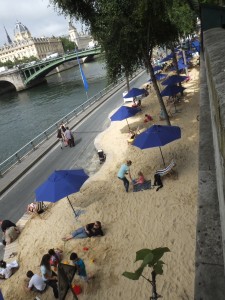 Have a lovely evening and we look forward to your comments every day!

Tweet
« Mondays in Paris » A 3-Star Day in Paris