Sometimes I write my blog the morning after when you are sleeping and that’s the case today.  We had a perfect weather day on Tuesday and enjoyed starting it at lunch with Bernie’s son.  We promised you some pics so here they are! 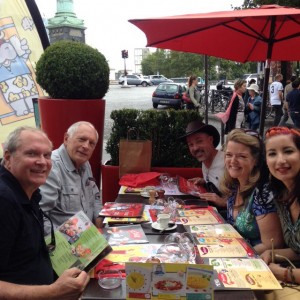 Bernie’s son James in the hat, Stephen, his partner, and their two friends from Nashville.  I don’t know who that other guy is! 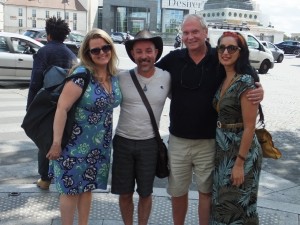 They are off to Montmartre on their own to discover and enjoy! 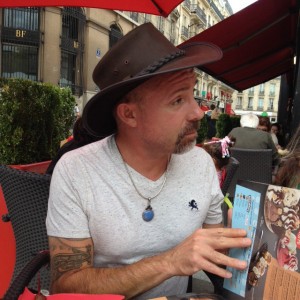 Strolling in Paris is a favorite pastime.  Monday evening we walked for an hour through an area near us called L’Arsenal, Port du Paris which is the start of Canal St. Martin at the Bastille.  Large yachts, a park, a lock and even some trees just now flowering in a grand array of pollen (!) are captured here in pictures. 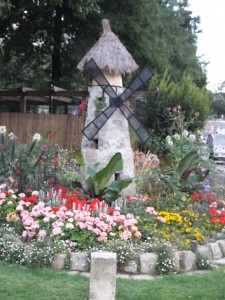 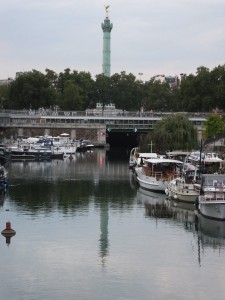 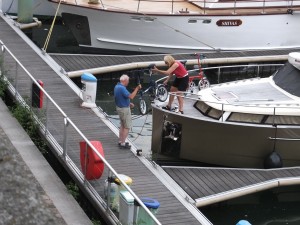 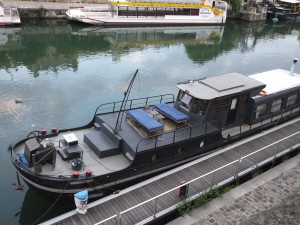 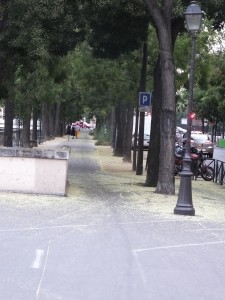 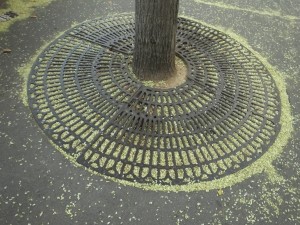 We spent much of Tuesday on the Left Bank, walking for about three hours.  The pictures and captions tell the story. 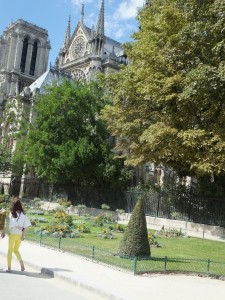 The park around Notre Dame with a new statue of Pope John Paul. This is also the park featured in the movie “Julia/Julie.” 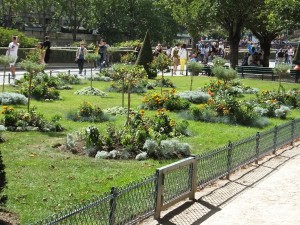 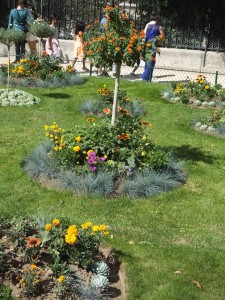 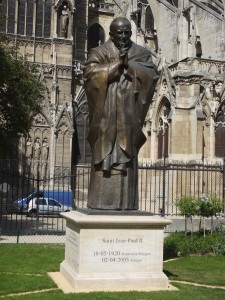 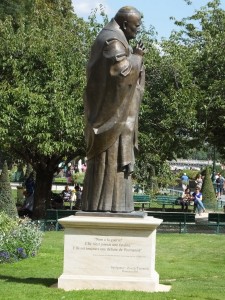 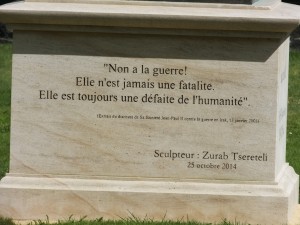 Translation: No to war. It is never the answer. It is the end of humanity. 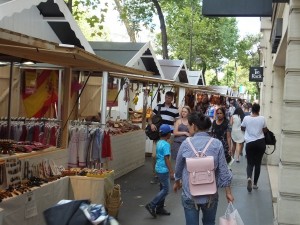 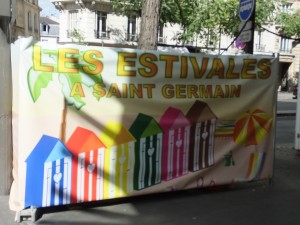 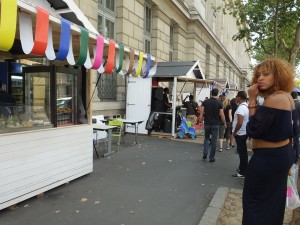 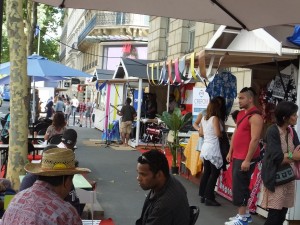 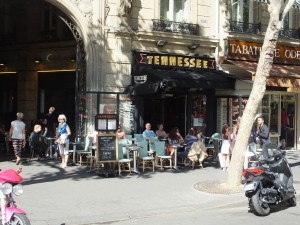 We’re closer to home than we thought! 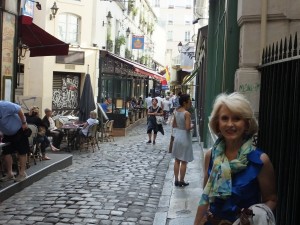 This delightful tiny passage is at the back of Le Procope called Cour du Commerce Saint-Andre. Famous patrons of the restaurant were Voltaire, Robespierre, and Benjamin Franklin 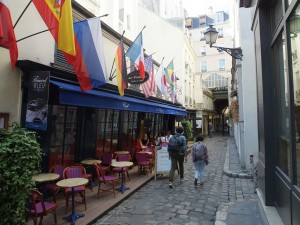 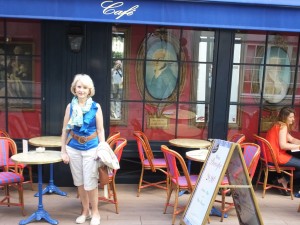 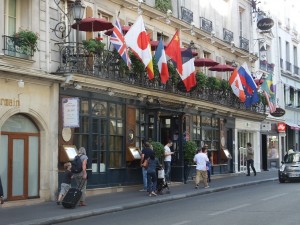 The front of Le Procope. Barbara and Lee Cook and Jeanie Thompson, we’ve had lunch here! 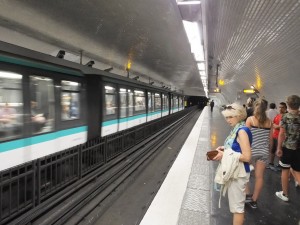 When is that darn train coming to take us back to the islands? 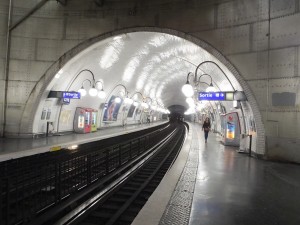 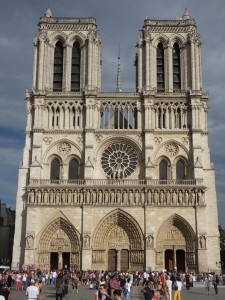 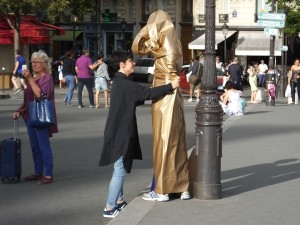 A sneak peek of a mime getting dressed!

Our day ended with dinner at Les Fous de L’Iles with the Bilbros.  The dog is a frequent patron!   Au revoir and have a great day. 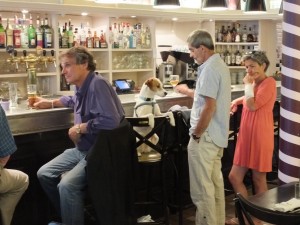 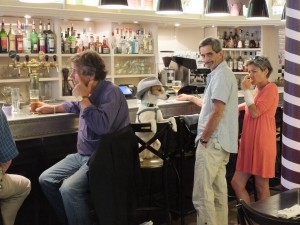