It’s early on Monday morning and we are docked in New York City, ready to disembark. What a night! We hit a terrible storm with 15-foot waves again. Proud to say that neither of us got sick but it was close about midnight! I was dosed up on Bonine and another seasick medicine that we got in Paris. Whatever the combination, it worked.

Here are our pics from Newport and the Breakers. It was cool and quite breezy, but still fun to see the lives of the rich and famous from the Gilded Age.  First the Cliff Walk along the shore. 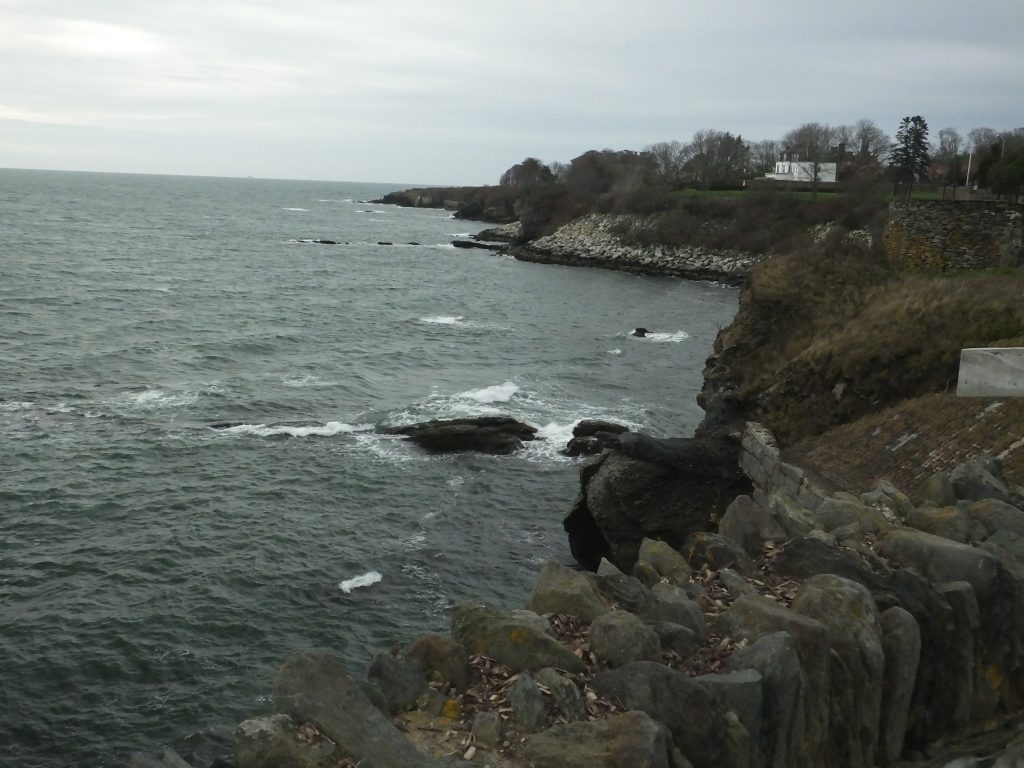 Next some interior shots of The Breakers, the spectacular home of Cornelius Vanderbilt. Their lifestyle was incredibly gaudy and opulent with such things as changing clothes five times a day.

I’m out of time so just two quick stories about how small a world it is. One night at dinner, I sat next to a lady from New York City. She asked what business I was in and I said television. She was surprised and said, “So was I!” She worked for the company who was the national rep for our advertising, KATZ and knew one of my associates well. She emailed him that very night, and he responded that it was hard to believe in such coincidences. On one of our tours, our guide shared that her daughter who had grown up in Nova Scotia went to a university in Alabama on a soccer scholarship. I asked which school it was and she said JSU. That is where I went to college. She was flabbergasted and so was I.

Thanks for joining us on this interesting cruise…all in all a fun time despite some definite “ups and downs.”

Beautiful Day in Boston on the Freedom Trail Barbara Buice: An Amazing Woman and Friend