Barbara Buice, my friend and golfing buddy of 20 years, passed away on November 9 after many, many months of pain and sickness. Though I miss her terribly, I am so glad that she is finally pain-free and at peace.

The obituary in the paper was shy of telling her full story so I wanted to do that here. Her resume is filled with substance and devotion to her community.

She grew up just 10 miles from me in Oxford, Alabama. She graduated in 1964 from Jacksonville State with a B.S. in Mathematics and Chemistry with Special Honors in Mathematics. In 1965, she began her graduate work at UAH earning a Masters of Science in Operations Research with a focus in Engineering. From 1985 to 1996, Barbara worked for the Department of Defense at Redstone Arsenal as a Supervisory General Engineer, GS 14 & 15. She served as Chief of the Command, Control, & Communications Division of the Missile and Space Intelligence Center, supervising engineers and scientists and managing defense intelligence projects with budgets totaling $10 million.

Also in 1985, she co-founded Three Springs, Inc.(TSI) She was a board member and major shareholder. Three Springs provided behavioral health care for adolescents. By 2003, the company had 20 programs in 7 states and multiple contracts with the AL Department of Human Resources, the AL Department of Youth Services and the Federal Justice Department. For 3 years, 1991, 1992, and 1993, TSI was on the Inc. 500 list of the fastest growing companies in the US.

In her spare time (!), Barbara graduated form the University of the South, (Swanee) School of Theology in Education for Ministry for Lay People. Indicative of her deep faith, she was always studying, asking questions, digging deeply into her faith, and loved her church family at the Church of the Nativity.

Her volunteerism equaled her business acumen. Here are just some of her contributions:

– In 1999, she was the Founding Chair of the Women’s Business Council of the Huntsville/Madison County Chamber of Commerce

-She was a co-founder of the Women’s Economic Development Council (WEDC), which she chaired in 2006, spearheading their Women On Board initiative.

-She was a board member of the Huntsville/Madison Co. Chamber of Commerce from 2001-2004

-She was on the board of Girls, Incorporated and an officer in 2003

-She was devoted to the United Way, helping to found the Alexis de Tocqueville Society and was a United Way Tax Aid volunteer from 2008 until she became too sick to participate. She loved doing taxes for those who couldn’t afford professional help.

-She was one of the original committee members along with myself for the inaugural Women Honoring Women event in 2002 for the WEDC Foundation.

-Barb was a member of our Reading Ladies Book Club for 15 years which she always enjoyed.

She loved her family, especially her 3 granddaughters and 2 great grandsons. She was an avid pickle ball player, a snow skier, and a fantastic golfer with a sweet swing and a 250-yard drive. She also refereed high school football in her younger days and was a star soft-ball player. Her athletic ability was as awesome as her passion for life.

I’m a better person for having known her. The community has lost a woman of significant statue. I have lost a dear friend.

This photo captures her passion and charm! 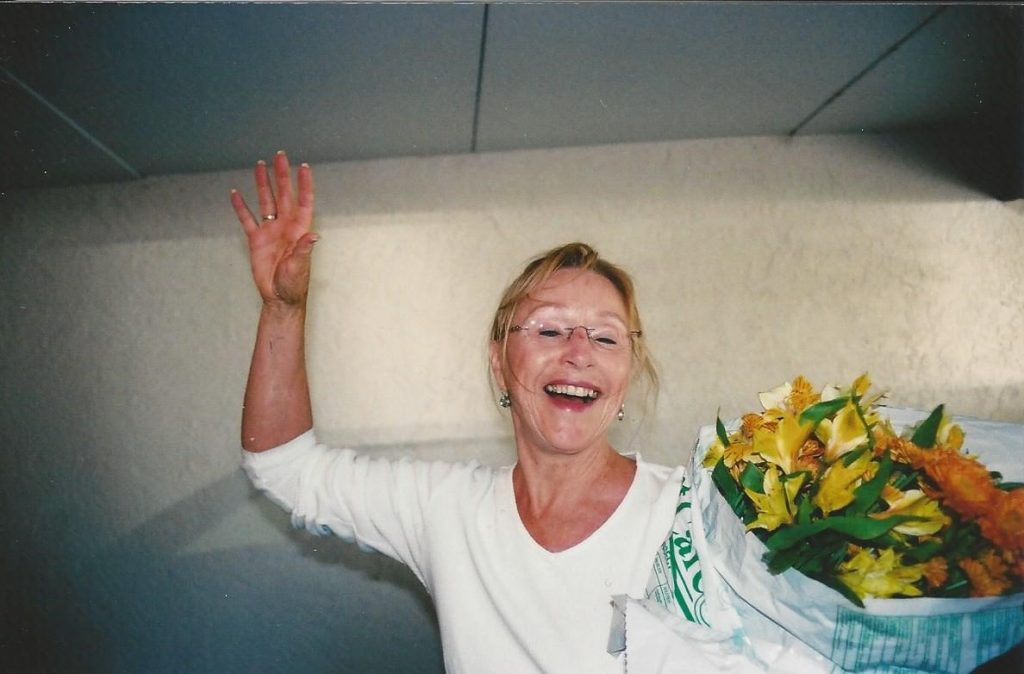 The Power of the Patella