First off, don’t forget to vote for your favorite café chairs and favorite doggie. Lots of votes coming in and I will post the winners on Thursday morning. I will send  out my farewell post for 2022 on Friday as we pull our apartment door closed for the last time.

Our final Sunday in Paris was such fun that I just had to share some photos with you. Once a year in September, the French government opens up the city to special government buildings and other special places for an entire weekend. It’s all free but some popular sites require a reservation. They call it les journées du patrimoine. We chose to go to the Legion of Honor this year which is located next to Le Musée d’Orsay.

But prior to the afternoon outing, we made our only effort to attend worship this year at the very beautiful American Cathedral of Paris on Avenue George V. We were shocked when we entered because there was a significant change. All the flags of the 50 US states had been removed from the rafters! They were breathtaking! I had to find out why so I asked an usher about it. (Would you believe he was from the South and went to school at Swanee.) During COVID they began sending their services out virtually and moved the rector down from the pulpit to right in front of the altar for his sermon. The flags interfered with the audio/video transmission according to him (?) so they were removed. He said the flags were also quite old and a bit tattered. Hopefully, they will assemble a set of new flags and place them if not on the rafters, then somewhere else in the sanctuary. I was so disappointed! 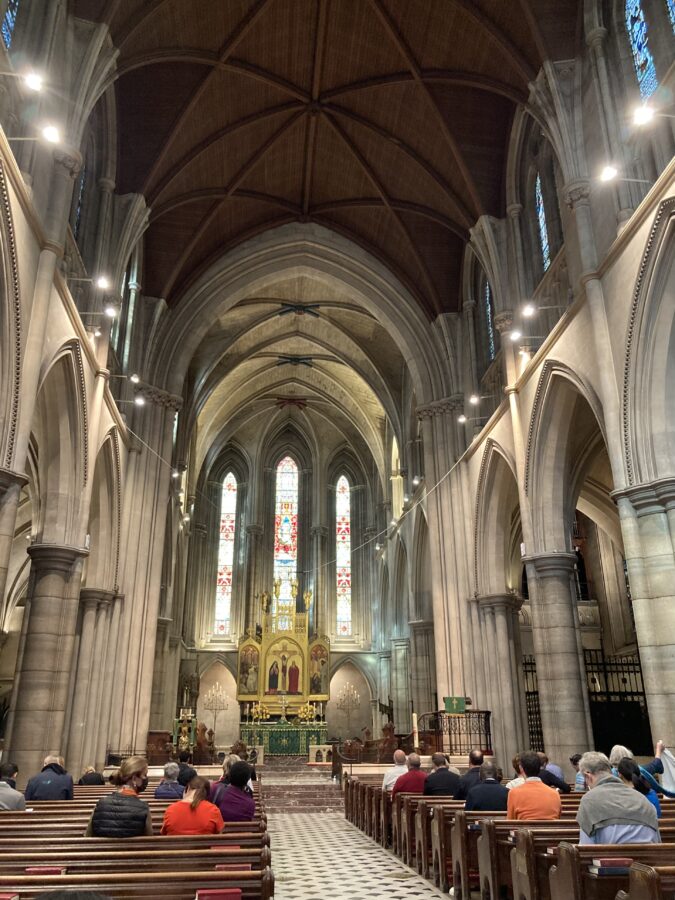 We left worship to have lunch at an ironic French restaurant, Chez André. It was a favorite of Bernie’s when he was traveling for his Army career. He said that nothing had changed over all these years.

On the way to the subway on Avenue George V, we passed the famous Crazy Horse Saloon where people were lined up to enter. Somehow, I had never noticed this before because we always walk on the opposite side of the street. Bernie has been once before. (but with his wife!)

Now here’s a photo tour of the Legion of Honor constructed by Napoléon Bonaparte in 1802. It’s much like a mini-Versailles. The line to enter was steady but not overwhelming, and we thoroughly enjoyed our visit. Outside is a statue of Thomas Jefferson who modeled his home Monticello after this structure.

The weather was splendid and the city was absolutely alive with people enjoying themselves. Here’s a sample:

Time to Vote!! Winners of our Contests